Caterpillar: Who are YOU?
Alice: This was not an encouraging opening for a conversation. I — I hardly know, sir, just at present — at least I know who I was when I got up this morning, but I think I must have been changed several times since then

A child  inevitably grows, gradually grows into a reality, becoming entangled in it, as in the web. Less time for creation, imagination as there are so many responsibilities to others. Fulfilling them we get a realistic look, professionalism and routine, and gradually it steals a  magic from our lives.

And why is it necessary, if there is a clear scenario and prescribed roles?  Then rabbit becomes a normal rabbit and the cat never smiles…

Modern Alice should choose-whether she lives according the rules in a rabbit’s form or allows herself a luxury to live the way she lived as a child with her own rules. 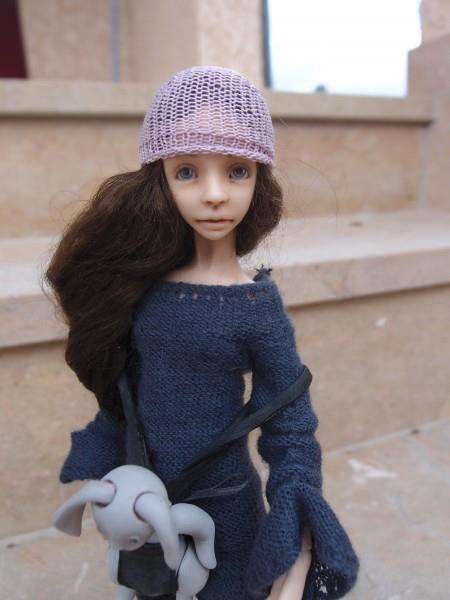