“It’s a collection based on coats,” said Francisco Costa backstage before his fall show.

Costa’s contributions were stiff, military-inspired coats modeled on Andrei Tarkovsky’s 1962 film, Ivan’s Childhood. It’s a brisk, Soviet movie about an orphan boy during World War II, but there’s a scene in which a headstrong young woman and a soldier share a dramatic and dangerous kiss across a ravine. He’s holding her over the abyss and, though she’s a tiny thing, she surely must weigh 50 pounds more in her hearty, thick, oversize wool outerwear. The pieces Costa showed carried that same gravity and utilitarianism albeit, of course, through a more fashionable lens.

Still, as Costa pointed out, like the movie, the collection is “charged with sexuality and femininity.” Yes, welcome to the new sexuality circa 2013. It’s covered up, structured, cold, and slick. 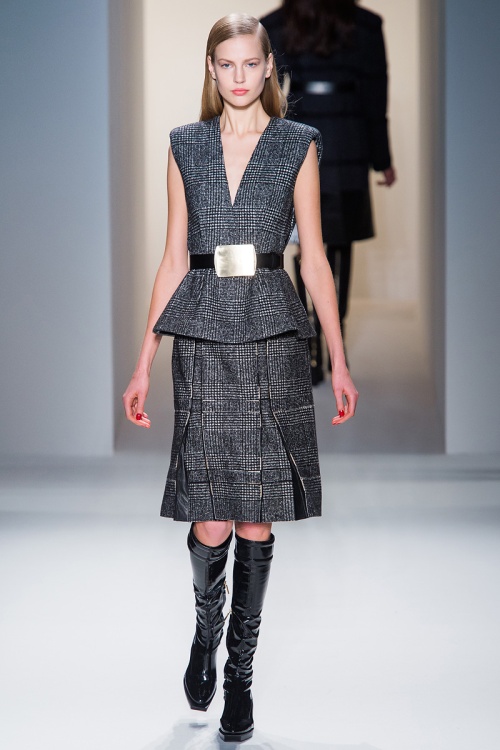 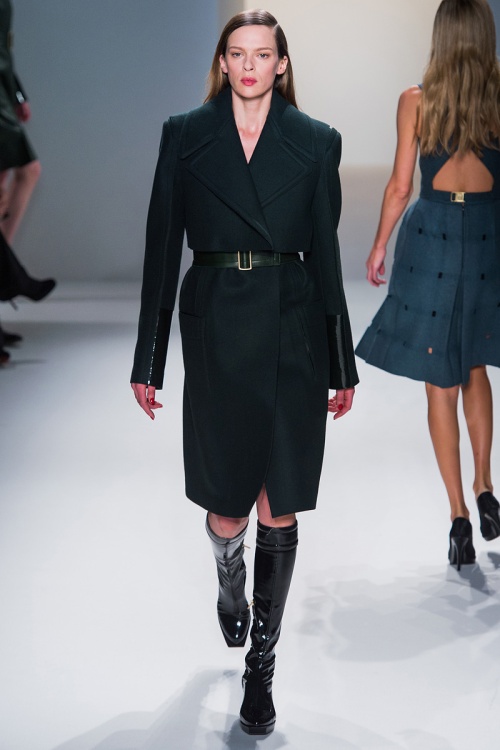