It has taken three years and about $150 million but La Mamounia, the grand dame of Marrakech, has finally been restored to her former glory.

Glamour has been her shtick since Prince Moulay Mamoun, whose father gave him the gardens as a wedding gift in the 18th century, threw fabulously decadent parties in the pavilion (now flamboyant tea-rooms).

From Marlene Dietrich to Yves Saint Laurent, all the big names have stayed here. Winston Churchill painted the gardens, Alfred Hitchcock used it as the backdrop to his 1956 film The Man Who Knew Too Much and David Hockney drew its art deco chairs.

But the glamour had begun to fade. And Jacques Garcia, the French designer behind Paris’s Hotel Costes and Monte Carlo’s Hotel Metropole, was called in for an urgent face-lift. His brand of contemporary opulence was a perfect fit, the original features retained and updated with a more streamlined 21-st century finish.

You still get a sense of the history and the grandeur of the place, but the heaviness has been replaced with a lighter, brighter, boutique spirit.

There are four restaurants there: new-wave French, Italian and Moroccan, plus the iconic pool pavilion for breakfast and casual lunches.

The gardens where Mick Jagger frolicked with jet-set groupies has been slightly re-landscaped and the old disco replaced by a 2,050 square meter spa. 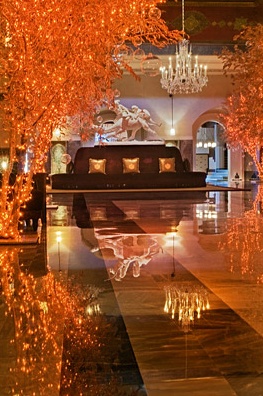 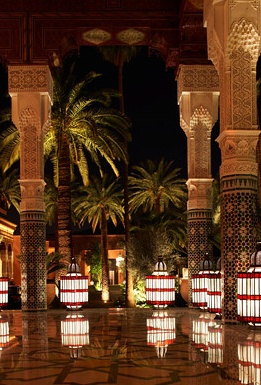