What? Prime of Electra

Where? Theatre of Nations, Small Stage

She played the roles of Dorimene and the Maid in Andrei Pershin’s production of “The Bachelor Moliere,” based on Moliere’s “The Forced Marriage,” at the Contemporary Play School. In Kirill Serebrennikov’s production of “Figaro” for the Yevgeny Mironov Theatrical Company she played Susanne. In productions of the Theatre of Nations she plays Godmother Shirinkina in “Bullfinches” and Olga Petrovna in “The Swedish Matchstick.”
In cinema she has performed in: Eler Ishmukhamedov’s “The Bride,” Igor Zaitsev’s “Yesenin,” Shamil Nadzhafzade’s “The Fortress,” Katya Shagalova’s “Once Upon a Time in the Provinces,” and Alexei Uchitel’s “The Captive.” 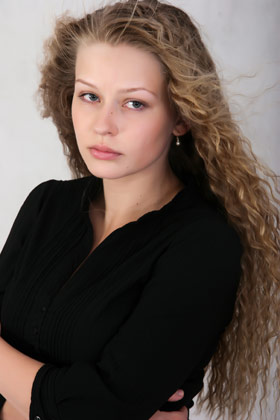