In 1797, a French scientist, Louis Vauquelin, discovered the mineral crocoite, or lead chromate, which led in 1809 to the invention of the synthetic pigment chrome orange. Other synthetic pigments, cobalt red, cobalt yellow, and cobalt orange soon followed. These new pigments, plus the invention of the metal paint tube in 1841, made it possible for artists to paint outdoors and to capture the colors of natural light.

In Britain, orange became highly popular with the Pre-Raphaelites and with history painters. The flowing red-orange hair of Elizabeth Siddal, the wife of painter Dante Gabriel Rossetti, became a symbol of the Pre-Raphaelite movement, Lord Leighton, the President of the Royal Academy, produced Flaming June, a painting of a sleeping young woman in a bright orange dress, which won wide acclaim. 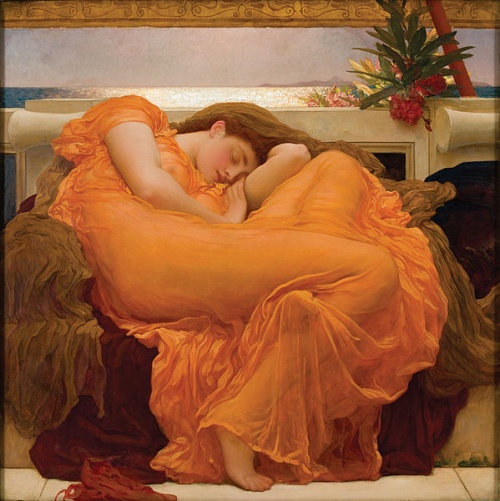 In France, painters took orange in an entirely different direction. In 1872, Claude Monet painted Impression Sunrise, a tiny orange sun and some orange light reflected on the clouds and water in the center of a hazy blue landscape. This painting gave its name to the impressionist movement. 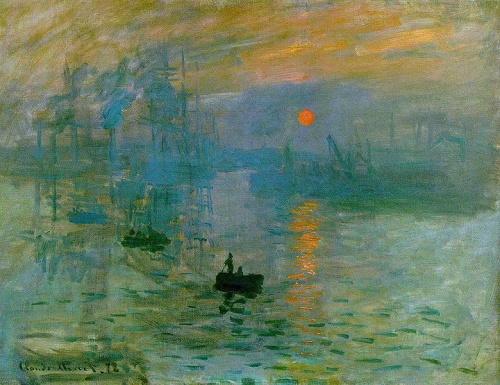 Orange became an important color for all the impressionist painters. They all had studied the recent books on colour theory, and they know that orange placed next to azure blue made both colours much brighter. Auguste Renoir painted boats with stripes of chrome orange paint straight from the tube. Paul Cézanne did not use orange pigment, but created his own oranges with touches of yellow, red and ochre against a blue background. Toulouse-Lautrec often used oranges in the skirts of dancers and gowns of Parisiennes in the cafes and clubs he portrayed. For him it was the color of festivity and amusement. 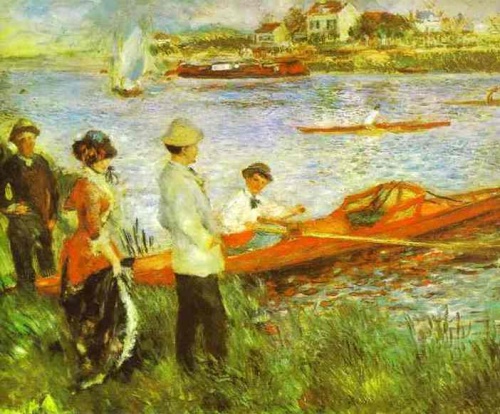 The post-impressionists went even further with orange. Paul Gauguin used oranges as backgrounds, for clothing and skin color, to fill his pictures with light and exoticism. But no other painter used orange so often and dramatically as Vincent van Gogh. who had shared a house with Gauguin in Arles for a time. For Van Gogh, orange and yellow were the pure sunlight of Provence. He created his own oranges with mixtures of yellow, ochre and red, and placed them next to slashes of sienna red and bottle green, and below a sky of turbulent blue and violet. He put an orange moon and stars in a cobalt blue sky. He wrote to his brother Theo of “searching for oppositions of blue with orange, of red with green, of yellow with violet, searching for broken colors and neutral colors to harmonize the brutality of extremes, trying to make the colors intense, and not a harmony of greys.” 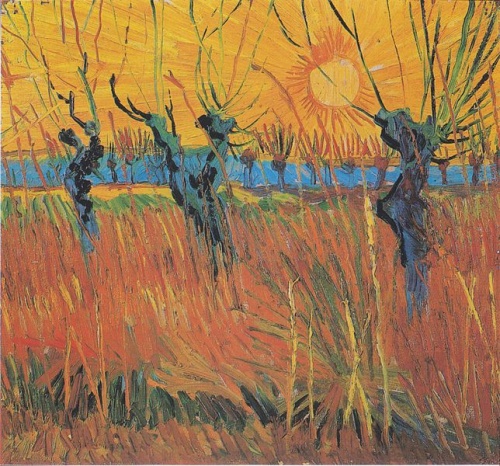