The new Chef of Vasata is Said Fadli, who worked in the best restaurants of New York, Paris and Moscow.

Vasanta-café has the most remarkable summer terrace in Moscow. The  unique terrace is opened only in the summer time and located under the arch of the courtyard in the historical center of Moscow on Neglinnaya street. In the architectural sense Vasanta has no analogues. This is the only building in Moscow, combined with two arches, Baroque and Oriental, which became the restaurant’s space, consisting of European and Moorish hall courtyard. Luxury wrought-iron gates leading to the arch of the restaurant, twined with garlands of flowers.

During the season there are summer parties and live concerts over there! Don’t miss! 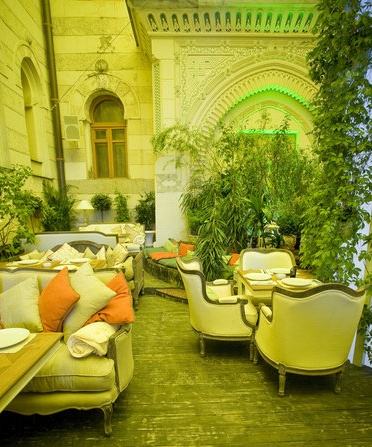