Have you ever heard of Russian designer Olga Vilshenko? We have.

Very creative Olga thinks that even the most brilliant idea needs a mover.

„In Russia we have oil, but there is no production of good cars-same happens in fashion industry. At the moment Russians don’t have understanding of what we should do to sell and get profit by it“, she says.

Vilshenko realized this naked truth while she was  studying at Zlatoust (city in Chelyabinsk Oblast). She has also studied in London and can see the main differences between  educational systems: „ In Russia they teach you to get ideas out of your head,  to think of. That’s why we have so many designers making weird clothing. In the West they have a system: first you collect information and images inspiring you at the libraries, vintage markets, Internet, then you start drawing the collection and only after that you hire the constructors and seamstresses.“

Clever Olga knows what emotional impact traditional Russian sarafans with embroidery have on western people. They just love it!

So she combines laconic shapes of the daily clothing and the elements of traditional Russian costume. 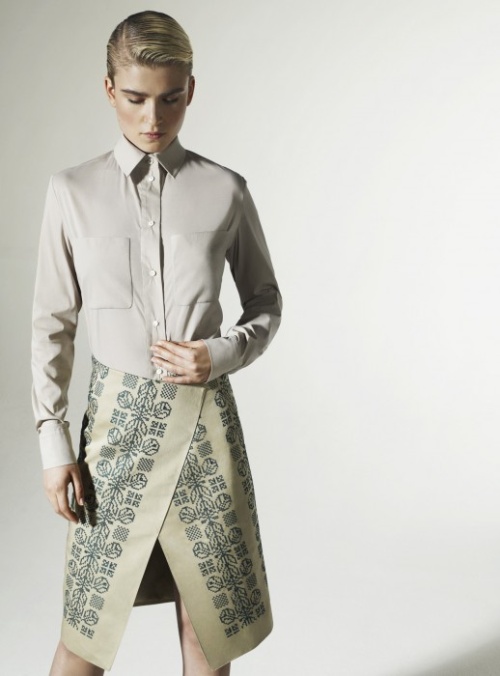 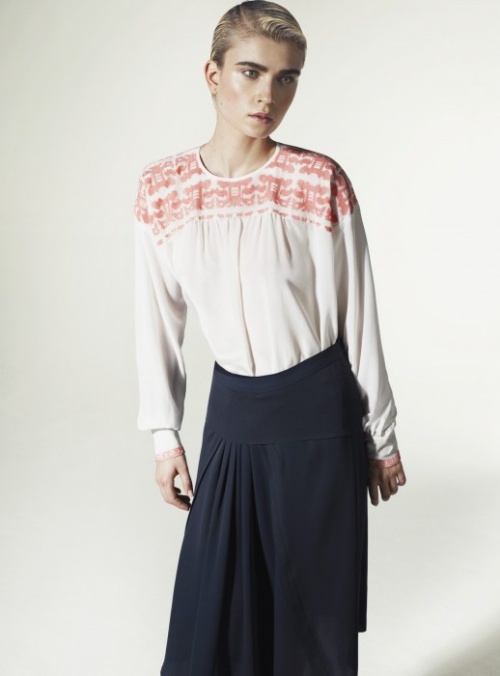 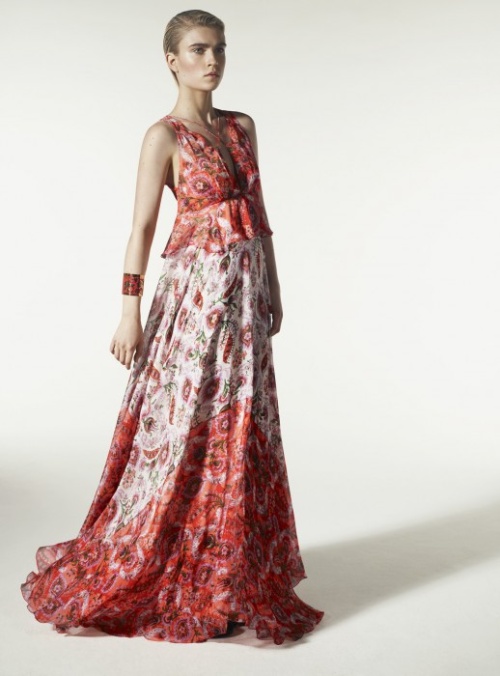